Philip Neri is the saint who showed the funny side of holiness. He was known as the Third Apostle of Rome after Saint Peter and Saint Paul. He was born July 21, 1515. His father was a lawyer and his mother was from a royal family. He attended school at a Dominican monastery. When he was 18, he was sent to help his uncle with his business. However soon after he arrived, he had a religious conversion and moved to Rome. 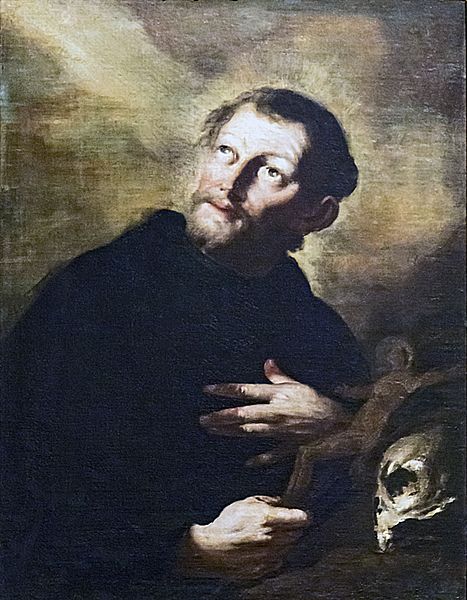 For a few years, he was a private tutor, before beginning his own studies under the Augustinians. Night was his special time of prayer. Not only was it important to speak to God, but listen to God and reading about a saint might be one way God will speak to you. During one of these evenings, he felt a globe of light enter his mouth and go to his heart. This gave him energy and he started telling everyone about God.

For 17 years, he served as a layman in Rome, without becoming a priest. He worked with the poor and sick of Rome. In 1544, he met Ignatius of Loyola. Many people who followed Philip joined the early Jesuits.

In 1548, Philip helped the poor who came to Rome. He became a deacon and was finally ordained a priest in May 1551. He thought about becoming a missionary to India but decided to stay and continue helping those in Rome. In 1556, he began an institute called the Oratory, to help teach and continue his mission to the poor of Rome.

Philip understood it was not enough to tell someone what not to do. He felt it was important to have something to replace it with. During Carnival, he began a tradition of visiting the Seven Churches of Rome. They are Peter’s Basilica, St. Paul Outside-the-Walls, St. Sebastian’s, St. John Lateran, Holy-in-Jerusalem, St. Lawrence Outside-the-Walls and St. Mary Major. They would gather at dawn and walk to each church. At each church, they would pray sing a hymn and go to the next church. They would have a small picnic along the way.

Not everyone was happy about the teaching Philip was doing. For a time the Pope’s Vicar, an assistant to the Pope, ordered him to stop teaching. Philip did immediately. The decision was reversed and the Oratory was able to continue. Humility was the more important virtue he tried to teach and learn himself. Some of his lessons were like practical jokes, and he was known for his great sense of humor. Sometimes he wore silly clothes or walked around with his beard half shaved. The more silly he seemed, the bigger his reputation for holiness became.

Philip was very serious about prayer. He spent hours and hours in prayer. Sometimes he was praying so much he would refuse to preach in public or couldn’t celebrate Mass with others around. He said the way to prays is to be humble and obedient and the Holy Spirit will teach you.